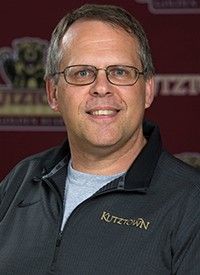 During his tenure at Kutztown, Gump has coached 45 All-PSAC East selections, including 17 who were named to the first team. His players have been named the PSAC East Player of the Year five times and the Rookie of the Year twice.

Gump has coached on the collegiate level for the past 31 years. He had an outstanding tenure at Division III Allentown College (now DeSales University) from 1988-96. He was named conference coach of the year four times. He led the Centaurs to three conference titles and one appearance in the NCAA Tournament. He also has been head volleyball coach at Division I Lehigh University.

Gump served as Allentown’s sports information director from 1990-96. He developed and supervised the publicity and promotions effort for Allentown’s 13-sport program.

Gump graduated from Syracuse University in 1988 with a bachelor’s degree in broadcast journalism.