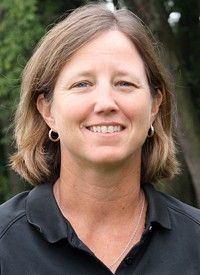 Bucklin-Webber took over two young programs in her first year, and continues to move the program forward. At KU, she holds a career men's record of 5-28 and women's record of 6-25.

Bucklin-Webber was hired at KU on June 15, 2015, and came to KU after eight years as the head coach at Millersville University. She also coached at her alma mater, Marshall University, and Albright College.

In February 2015, Bucklin-Webber was honored as the 2014 United States Tennis Association (USTA) Central Pa. District College Coach of the Year. She boasted a 90-170 combined record at Millersville.

Bucklin-Webber was selected as the PSAC Coach of the Year on the women's side in 2011-12, just one season after winning the award on the men's side, and won the award for a second consecutive season in 2012-13. Between the programs, she guided Millersville teams to seven PSAC Tournament appearances, coached a PSAC Rookie of the Year and Doubles Champion (Drew Slocum), and 15 All-PSAC honorees.

Millersville's women's program had a resurgence under Bucklin-Webber. In the 2010-11 season, she guided the first All-PSAC East Marauder women's player since 2007. Bucklin-Webber's 2011-12 club reached the postseason for the first time in five years, qualifying for the PSAC Tournament, and made a return trip to the PSAC Tournament the following year. She also helped the Marauders make the NCAA Tournament in 2007 as an assistant coach under Dewitt Boyd.

Bucklin-Webber played tennis at Marshall University from 1982-86, where she was a team captain and graduated in 1986 with a Bachelor of Business Administration degree. She continues to play in USTA national tournaments, where she has won five national doubles titles. She was also a Women's Tennis Association Mecca Cup qualifier in 2002.

In 2017, she won her fifth national doubles title by winning the (USTA) National Grass Court Doubles Championship in the Women's 45 bracket.

She was inducted to the Berks County Tennis Hall of Fame in 2006.